Xherdan Shaqiri has been the subject of transfer speculation this week, but Jurgen Klopp won’t let any senior member of his team leave in January.

The Swiss winger has been on the periphery for the Reds this term, largely due to injury, but there is also huge competition for places in attack after the first-choice front three.

Divock Origi‘s brilliant 2019, the emergence of Curtis Jones, the signing of Takumi Minamino and Adam Lallana‘s all-round versatility and rediscovered fitness levels mean Klopp has options aplenty when it comes to the bench, rotation or game-changers.

AS Roma had made an offer to take Shaqiri on loan for the rest of the season, giving him game time and themselves cover after losing Nicolo Zaniolo to a long-term injury, but the Reds knocked back the offer.

And further to that, the Mirror‘s David Maddock reports that no Liverpool player will be allowed to leave, with the boss wanting to keep his multiple trophy-winning squad together. 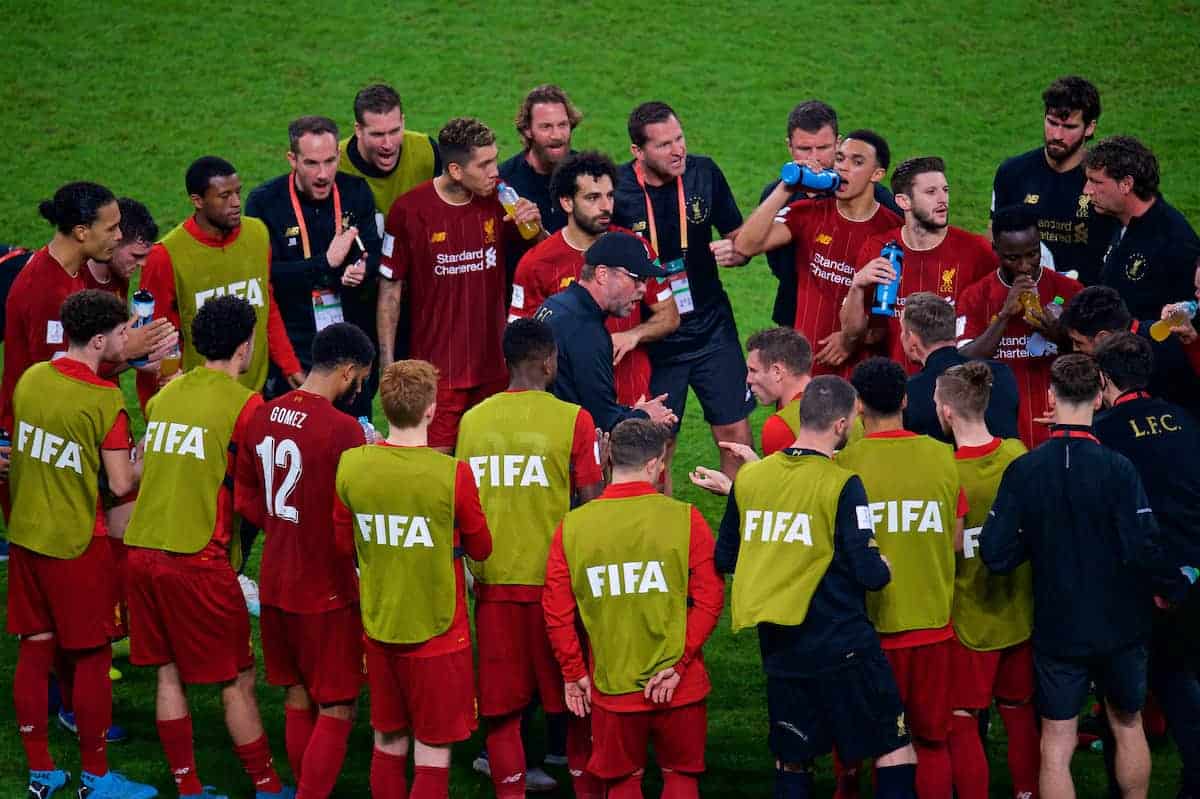 The boss knows that, while players are returning to fitness now, further challenges and tough runs of fixtures lie ahead.

It is likely that the squad players will be needed further down the line once more, as they have been already this term—and as they were last year, when the likes of Shaqiri and Origi played huge roles in taking the Reds to the Champions League final.

Klopp’s message has been clear and is reiterated by Maddock, with the manager “insisting everyone will have a big part to play between now and the end of the season.”

While Rhian Brewster has gone on loan to secure game time and Nat Phillips has resumed his briefly interrupted spell with Stuttgart, most others will remain available and based at Melwood.

Liverpool are closing in on a long-awaited Premier League title, and two trophies have already been won this season, but it could yet get even better.

The Reds will hope to defend their European title and possibly even plot a route to domestic dominance with a league and FA Cup double, if the draw is kind and the young players continue to impress.

For that to happen—as well as an element of fortune in the timings of games and injuries—Klopp will need a full squad at his disposal.

Shaqiri may yet have another crucial part to play, and he has already contributed plenty to the growth of the team over the past couple of years—so it’s only right that he, and the rest, stay involved and available as Liverpool look to seal a historic season.

Clubs near agreement with UEFA for additional Champions League games