Liverpool’s recruitment team is well-noted these days for working wonders, but there’s a team behind the team allowing them to make the right calls.

Last year, a feature piece introduced Liverpool fans to Ian Graham, one of the mathematicians employed by the club to produce statistical models helping with transfers.

Now, another member of the backroom team has come to prominence: Tim Waskett, part of our data science research team.

Waskett gave a presentation during the Royal Institution Christmas Lectures on how his job involved looking at different aspects of matches and defining how each action—pass, shot, movement—would determine each outcome.

In turn, the data is used to produce models and predict the best moves for the individuals and the team to take—and, of course, to note who else around Europe is performing in a way which might interest the club.

Waskett spoke firstly on one of the now-common metrics used in discussing players, particularly forwards, with the Expected Goals weighting—along with a couple of visual examples from a pre-season friendly: Rhian Brewster‘s headed goal, and an effort from Yasser Larouci. 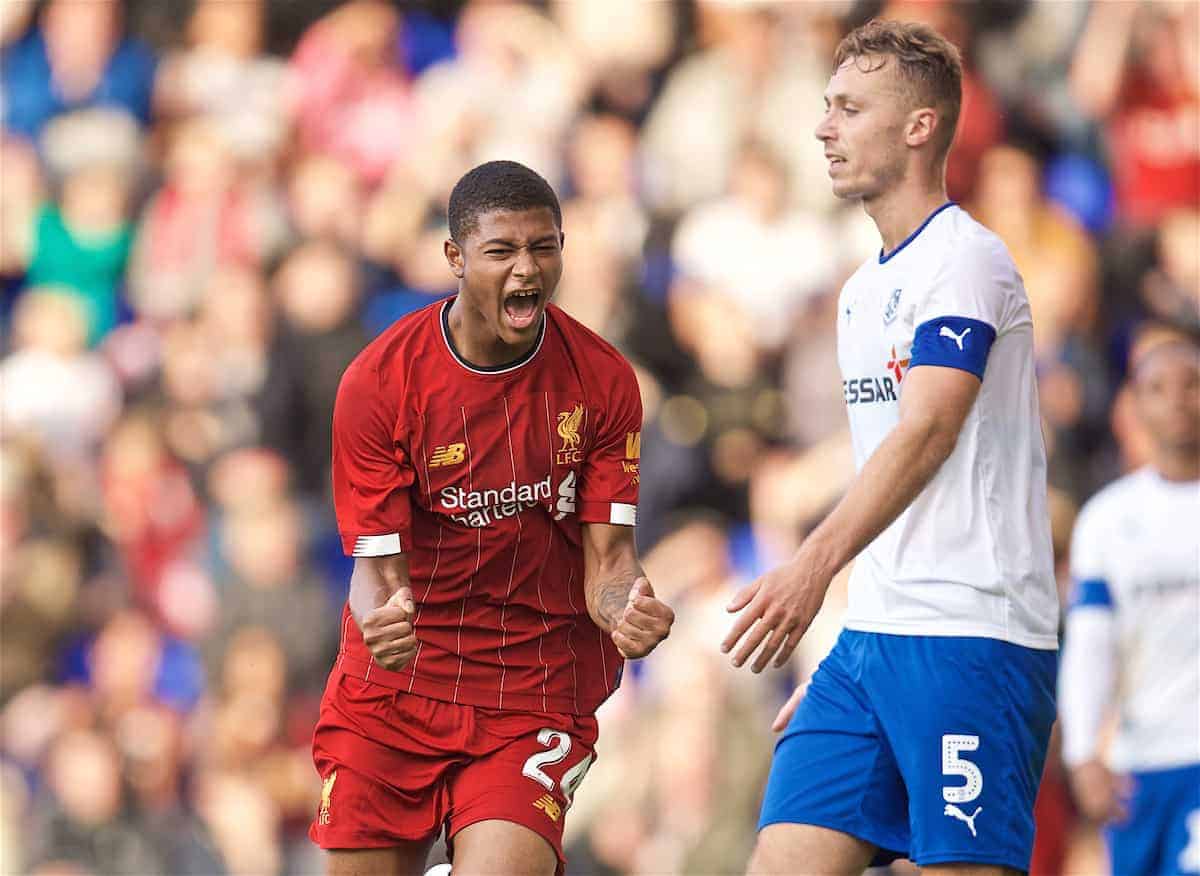 After that it was more onto the detailed side of matters, with the Reds looking at millions of pieces of data every weekend and Waskett, Graham and Co. tasked with identifying how that data yields conclusions the Reds can take advantage of.

The full video is still available to watch on the BBC iPlayer (geographical restrictions may apply) but here are the fundamentals behind the statistical approach.

We can do a similar calculation for every other event on the pitch, any time the ball is passed for example.

For roughly 200 games per weekend we get data involving every single ball touch in the game. And for every game, we get approximately 2,000 ball touch events.

Every second or so there is a new pass, so it’s pretty frantic. Thankfully, it isn’t us (Liverpool) who have to do this work – we have a data supplier who provides these files for us.

What event data doesn’t tell you is where all of the other players on the pitch are at that moment.

For Premier League games we get what is called tracking data. This is a set of cameras all around the stadium monitoring the position of all the players plus the ball.

It does that for 25 frames a second, for the full 90 minutes, so you end up with approximately 1.5 million data points.

This data can give us a goal value for every position and for every player on the pitch. This is what we call pitch control.

The interview also displayed a never before seen image of all the Melwood staff at the club.

Here is the blurred image which highlights only the analysts working with Waskett:

And it’s not only the coaching and analytics staff who are included, with Michael Edwards given a prominent front-and-centre spot alongside Klopp and Co, highlighting his importance to the club—but also all the other staffers.

It’s likely to be a complete portrayal of all those who work throughout the admin, the kitchens, the kit preparation and many other areas of the club, all of whom contribute to the day-to-day success of the team behind the scenes.

The fantastic insight is an extension of what Klopp has continually preached since arriving at the club, that everyone is part of the team and each person has to do their job supremely well and together, to allow the players to do the same on the pitch.

It’s not simply paying lip service to those employees of the club to have them get in a group photo; Klopp has had them as much involved as the more public faces at the club since his first days at Anfield, when he arranged for every club staffer to walk through the press room and be introduced to the playing squad.

Then, he told the players it was those people who allowed them to do the best job; now, it’s apparent that this togetherness has very much fostered an environment of winning.

Jurgen Klopp is right over his FA Cup stance, even when he is wrong

Wilson back in the goals as Atherton makes senior debut