Maurizio Sarri has called on the Premier League to stop turning a blind eye to its clubs’ scheduling concerns with their attitude holding English sides back in Europe.

Chelsea’s players were left with less than 48 hours to prepare for their London derby with West Ham today after competing in the Europa League on Thursday night.

Sarri’s side faced Greek side PAOK in Thessaloniki, winning 1-0 courtesy of a Willian goal, then saw their post-match flight home cancelled because of adverse weather conditions. 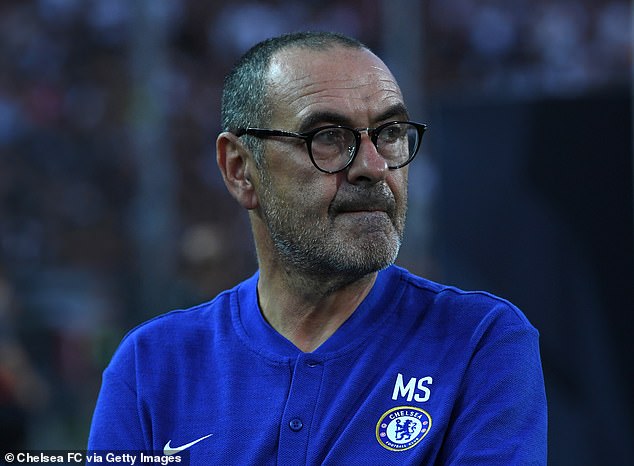 It meant they were forced to spend an additional night in Greece and only landed back in London on Friday afternoon, two days before tackling Manuel Pellegrini’s West Ham.

Sarri was already perplexed by the Premier League’s decision to have Chelsea compete in the first game on Sunday and their travel complications only made matters worse.

The Italian insists he would have never been left in such a situation in his homeland and that the Premier League’s authorities could learn from their Serie A counterparts.

‘For an English team, it is very difficult to play in the Europa League with the Premier League rules,’ Sarri said after defeating PAOK. ‘In Italy, it is different.

‘In Italy, after this match, we would play for sure on Monday night. If you play in the Europa League away, you can ask to play on the Monday night. I think this is right.

‘In England we cannot ask this. It’s not so easy. If you want to be competitive in Europe, I think this is right. I think the club have to ask for this.

‘In this moment, maybe it is not a great problem because we have played only six matches. Maybe in two, three or four months it will be a problem.

‘I hope to be in the Europa League in three or four months. Maybe I have to rest many players on Thursdays.’ 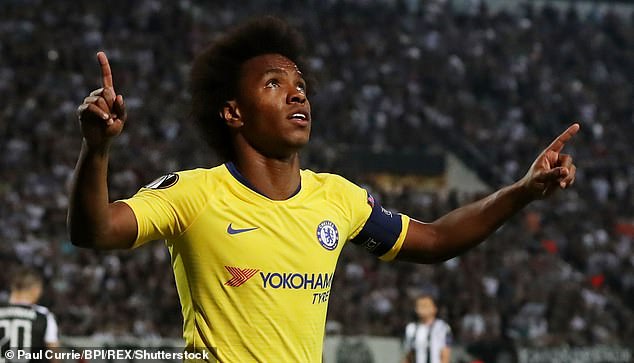 Eden Hazard did not fly to Greece after complaining of tiredness following his hat-trick against Cardiff City in their last Premier League outing. He is set to return to the starting line-up today.

Chelsea have secured six successive victories since Sarri took over from Antonio Conte in the summer and the new Italian confesses he has amazed himself. 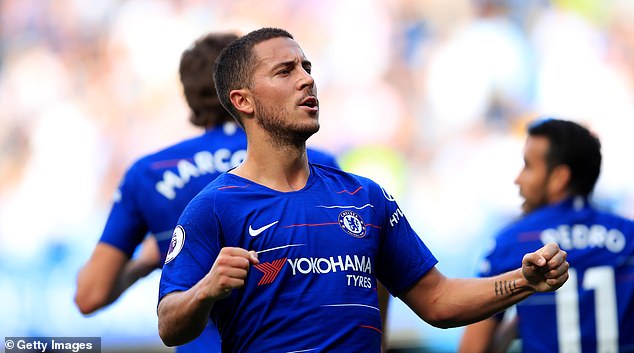 However, Sarri has warned his players not to get ahead of themselves because he believes he will be under pressure at some stage in the future.

‘I know that the Premier League is a very competitive competition,’ he added. ‘I know that in the future, probably, I will have to face some difficulties.