Recent revelations of proposals from Liverpool and Man United to change the Premier League to an 18-club format and shake-up the entire footballing pyramid in England have been met with very different reactions at either end of the game.

It was always likely to be the case, with such a contentious topic and one which, in reality, the two clubs perhaps have little right to dictate what should happen and when.

But in the absence of leadership from the game’s governing body to make the necessary changes, it’s also unsurprising that clubs have taken it upon themselves to propose alterations – hence Project Big Picture (PBP) has come into being.

As a reminder, the plans include reducing the top flight to 18 sides, changing the structure of voting new rules, giving English Football League clubs a bigger financial cut of revenues and reducing expenditure for away fans.

They also include removing equal power from all top-flight clubs into the hands of a select few at the top, a change in loan rules, binning the League Cup, setting the women’s professional game up as a standalone entity and many, many other changes, some of which are only now coming to light.

Inevitably, reaction has been fierce in most cases, reactionary in many…and very, very different depending on the current position of the stakeholder.

A group of prominent supporters’ groups, led by the Arsenal Supporters’ Trust and including Spirit of Shankly, have voiced their total opposition to the PBP proposals “in their current form.”

They have called on the government to implement a supporter-led review of the game to determine what is needed in a total restructuring in sustainable fashion, and while the statement notes “there are some suggestions in this plan that have merit,” the fan group also say they are “totally opposed to concentrating power in the hands of six billionaire owners”.

A West Ham United ‘insider’ also said the club were “very much against” the proposals.

In an equally strong voicing of opinion, but on entirely the other side of the divide, EFL bosses are seemingly all for the proposals.

League Two side Leyton Orient’s chairman, Nigel Travis, says it’s a “great proposal” which solves many issues dating back far before coronavirus, with “75% of clubs losing money” and that within six weeks he feels clubs will start to run out of cash and risk going bust.

The Athletic reporter Matt Slater says all 72 EFL bosses have been in divisional meetings on Tuesday discussing the plans and the overall reaction is that “they love it,” suggesting nine out of 10 firmly back the ideas, with their full support also going to EFL chief Rick Parry, who came under fire for officially backing the proposals. 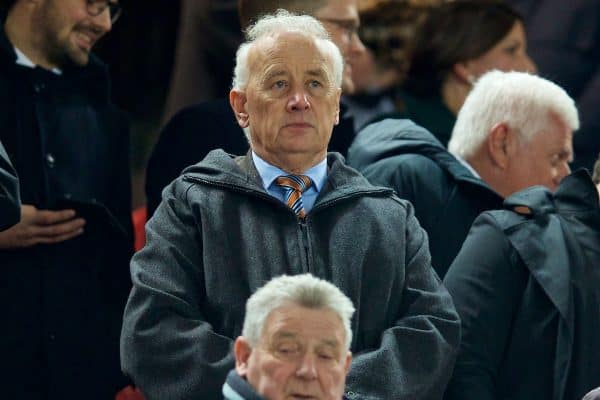 But to underline the disconnect and discord at play, even as his clubs are all for it, Parry has been told he has “exceeded his authority and should tender his resignation” from his position by 14 boards around the Premier League, according to Sky Sports.

There’s a Premier League shareholders’ meeting scheduled for Wednesday, which should now be rather interesting.

But the biggest point to underline is that there remains a massive divide in football, not just between top and bottom but now also between those who stand to gain and lose in the immediate term from Project Big Picture.

There have ben 17 editions of the draft proposals so far, and counting. Expect many more before any kind of resolution is remotely likely – this story is going to continue for a long, long time yet.