Argentine football legend Diego Maradona was unveiled as the new head coach of second-tier Mexican side Dorados of Sinaloa on Monday.

The club’s Twitter account posted multiple photos of Maradona arriving at the club before he stood in front of the country’s media.

Maradona is one of the most recognisable names in international football, having led Argentina to the 1986 World Cup championship in Mexico with his infamous ‘Hand of God’ goal. 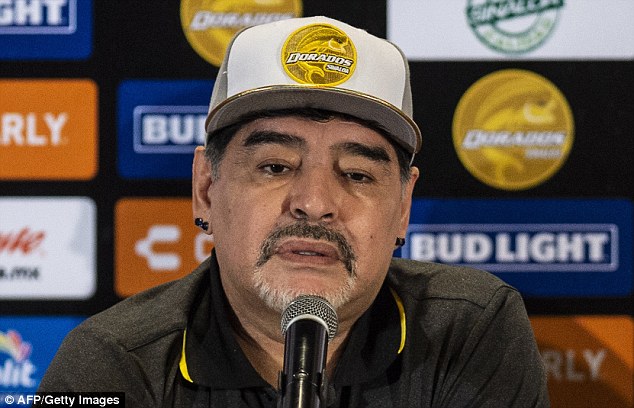 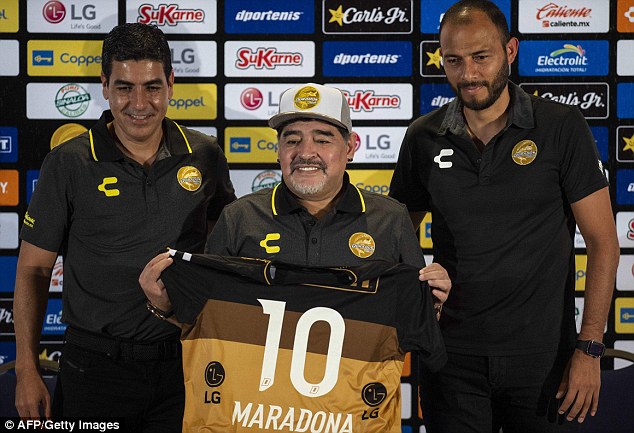 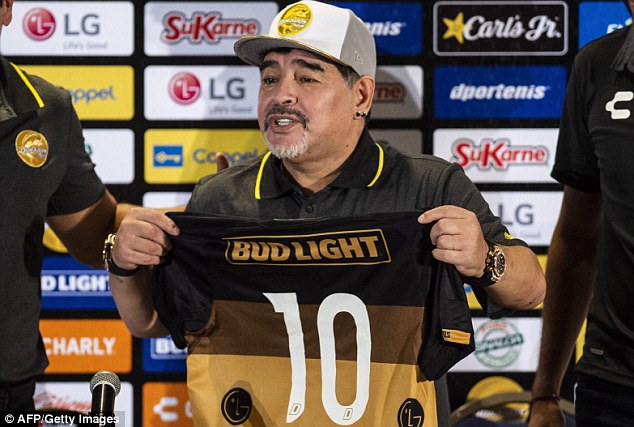 Maradona has publicly struggled with substance abuse and will be leading a team that is in Mexico’s drug-trafficking heartland.

He had taken on a job as chairman of Dinamo Brest in Belarus, signing a three-year deal and was only unveiled in July.

But, for now, the 57-year-old is settled in Mexico. 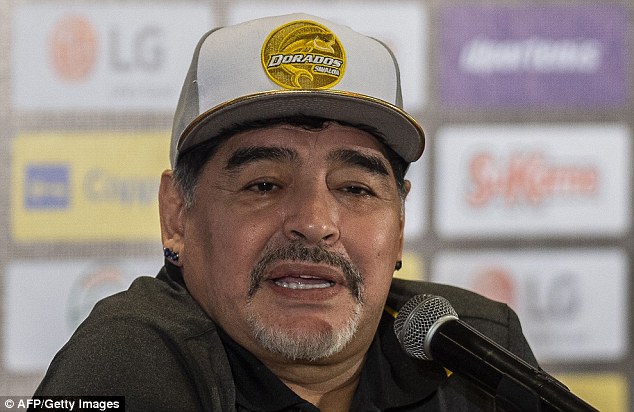 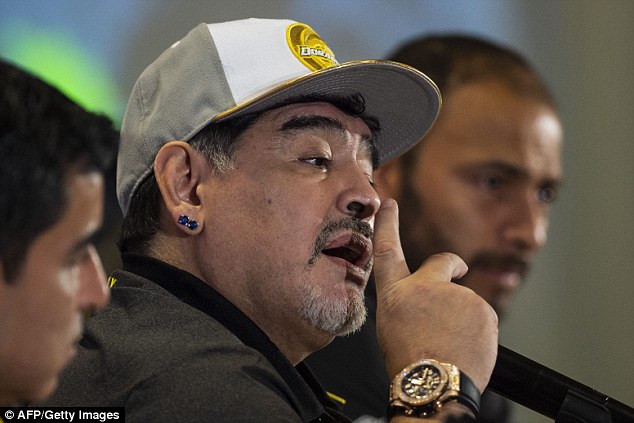 His new club are winelss in the league, with three draws and three defeats this season

His new club are winless in the league, with three draws and three defeats from their first six games, having parted company with Francisco Gamez on Thursday.

Maradona only left his position as coach of Al Fujairah in Juna after missing out on automatic promotion from the United Arab Emirates’ second division.

In Mexico he is targeting more success but may well struggle at first in his new surroundings.

MARADONA AS A MANAGER 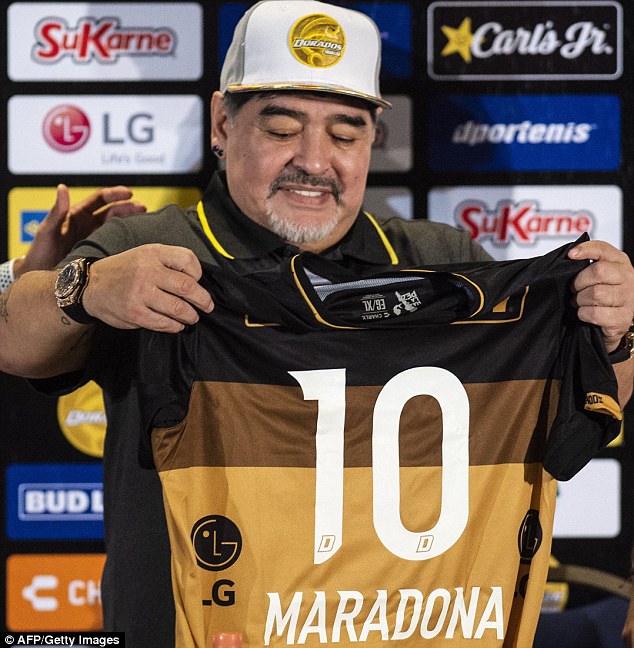 Celtic call for release of next season’s fixture list