A whopping 401 goals were scored in the Champions League last season and the return of the tournament on Tuesday promises more of the same.

It was the first time that the competition has seen over 400 goals, with the opening matchweek contributing 28 of those to make it third-highest scoring Champions League group stage night last term.

As well as the amount of goals scored throughout the night, bet365 also have a market available on which team will be the highest-scoring. It is worth noting that each way pays top three places at 1/3, and dead heat rules apply.

Barcelona are just 6/4 (2.50) in this market ahead of their home match against PSV after netting 14 times in just four games this term, which may prove a popular bet even at considerably shorter odds than any other side. 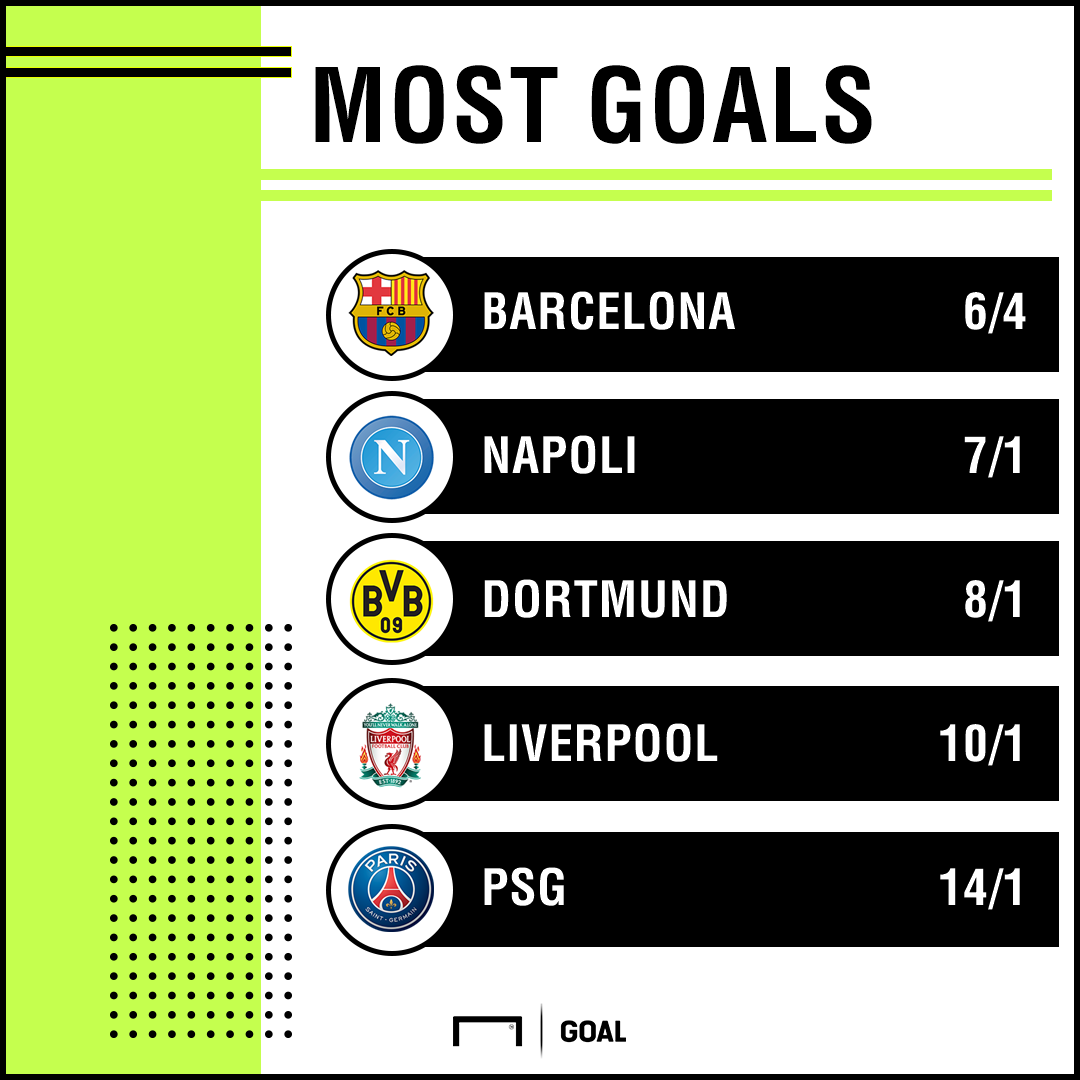 Despite facing a tough trip to Belgrade to face Red Star, Napoli are available at 7/1 (8.0) whilst Borussia Dortmund travel to Club Brugge and can be backed at 8/1 (9.0) in the market.

Liverpool netted a joint-record 41 times in the tournament last season as they reached the final in Kiev, and are 10/1 (11.0) as they face off against Paris Saint-Germain (14/1) at Anfield.

An interesting value bet may come in the form of 16/1 (17.0) shot Galatasaray, who host Lokomotiv Moscow and will be looking to build upon the 10 goals they have scored in their last two home games in the league.

Check out the latest Champions League odds at bet365