Bayern Munich will be without another key player in Thomas Muller for their Champions League last-16 clashes with Liverpool in February and March.

The Reds were pitted against the Bundesliga giants in last month’s draw, with two enticing meetings on the horizon in February.

Jurgen Klopp‘s former rivalry with Bayern during his Borussia Dortmund days gives the tie added spice, as Liverpool look to go one better than last season’s memorable road to Kyiv.

While Klopp will have to make do without the suspended Virgil van Dijk for the first leg at Anfield on February 19, Bayern are picking up issues of their own.

The most recent blow has seen Muller ruled out of both legs through suspension, after receiving a two-match ban for his sending off against Ajax in the group stage.

The 29-year-old was shown his marching orders for a head-high tackle on Nicolas Tagliafico—the first time he has been given a straight red card in his career.

It is undoubted boost for Liverpool, with Muller renowned as one of Europe’s best big-game players over the last decade, with huge moments produced in World Cups, European Championships and cup finals.

Bayern will appeal the decision, however. 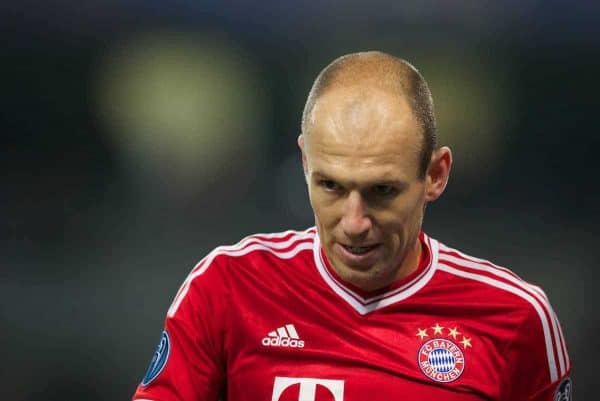 The five-time European Cup winners could also be without legendary winger Arjen Robben, who has been missing with a thigh problem.

The former Chelsea man is being handled carefully by the club, in order for him to potentially be available for the much-anticipated clash with the Reds.

Meanwhile, Franck Ribery has been ruled out for an indefinite period due to a thigh injury of his own, with Bayern confirming his ailment in a statement on Thursday.

Key midfielder Corentin Tolisso is a definite absentee for both legs, having suffered an anterior cruciate ligament injury back in September.

Arsenal and Manchester United’s FA Cup tie to be televised