Roma ultras are not happy with Daniele De Rossi’s exit at the end of the season and they are saying it loud and clear outside the gates of Trigoria.

About 100 fans of the Giallorossi gathered outside the team’s technical center to protest against Franco Baldini and James Pallotta.

The decision to let De Rossi go was too lighthearted and quick, they wanted the ‘Capital futuro’ to remain at the club and the results of the team this season have not helped.

A banner was shown y the group of fans that has reached Trigoria today. The club is called “Company” and fans urge the club to “Clarify this situation”. 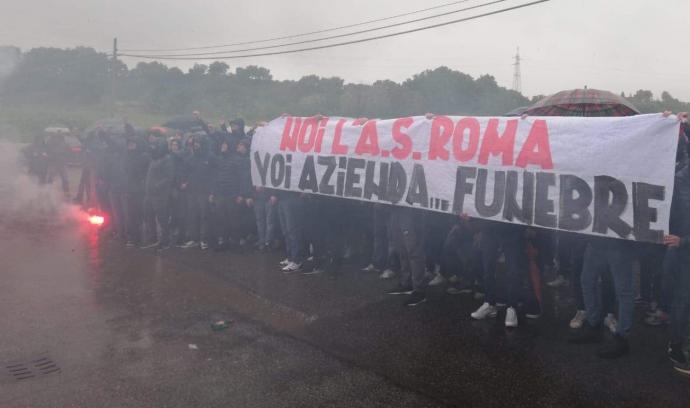